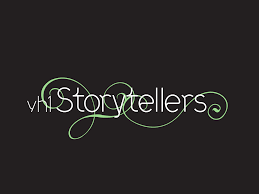 In his wonderful memoir, Shoe Dog, Phil Knight tells the hilarious tale of his first “business” trip to Japan. The great humor and irony of this particular trip was that despite proclamations in the high-pressure setting of a Japanese board room, at the time, Phil Knight did not have a “business.” Nike, and its predecessor Blue Ribbon Sports, was little more than a figment of Phil Knight’s imagination. Yet, Knight was making promises, conducting business, and signing purchase orders as if he were the multi-billion dollar CEO he would later become. As the saying goes, “fortune favors the bold.”

While the lesson from Knight’s early audacity might not be best applied to your average start-up company in 2017, there is a lesson here for all of us as runners. It is far more complex than a simple “self-fulfilling prophecy” situation. What Knight was doing was eliminating what I call “exit strategies”. By creating an elaborate mythology he would be forced to make good on, Knight had no easy ways out, no built in excuses for failure, no “exit strategies.”. In life and running, the most successful individuals are often those with the fewest of these options.

We create these exit strategies as a way to protect ourselves under the shield of practicality or honesty. We say to ourselves, “I’m not worried about my time in this race” or “I’m just getting back into it” or “I haven’t been feeling well the past week.” By casting ourselves as the anti-hero in our own mythology, we give ourselves permission to take the easy way out, we afford ourselves exit strategies. Certainly many of these are justified, and often true. We aren’t worried about our times. We are just getting back into running. We haven’t been feeling well for weeks. However, Knight’s unwarranted braggadocio should be a model for us in creating our own stories.

In speaking with a teaching colleague this past week, she used the ubiquitous exit strategy of “I’m not really a runner.” My somewhat snarky response (it was finals week, so we were all a bit edgy) was “Well, you run. Don’t you?” She rolled her eyes and said, “I guess.” She guessed? She was unsure as to whether she ran? Of course not. She knows she runs. In fact, she loves running. She talks to me about running all the time. She has running magazines littering her classroom. The back of her car smells like a boys’ locker room filled with a variety of running shoes, socks, shirts and shorts. She is by every definition a RUNNER! But in her own mythology, she resists casting herself in that role. Once we declare ourselves to be something in our story, we have to live up to that expectation. We lose our exit strategy, but we gain the infinite possibility to become the hero of our own story. As Knight’s model shows us, sometimes the only difference between a lie and the truth is the passage of time.
Posted by Unknown at 7:44 AM